A native of North Texas, Ted's professional experience includes working at the Pentagon in Washington, D.C., an engineer, rental property owner, and past owner of aviation businesses.

WHAT IT TAKES TO MAKE IT

Ted has been working toward his goal of becoming a NASCAR driver for many years.  In his words, "This is the hardest thing I have ever done".

An average guy, living the dream at great personal sacrifice, Ted is the "fans' driver", being a fan himself, who ignored all those who said it was impossible.

Ted's advice, "Never give up on your dreams no matter where you start".

Ted started his racing career in 2001 on Texas dirt tracks and has progressed to racing nationwide on asphalt tracks in the ARCA, USST series, super late models, and the NASCAR Camping World Truck Series.d 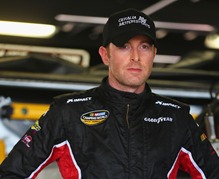